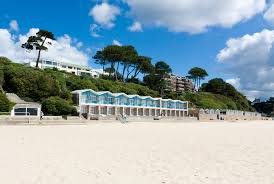 Branksome is a suburb of Poole made up of residential properties and several commercial and industrial areas.

It borders Parkstone, another small suburb, to the west and north, Branksome Park (an affluent forested area) to the south and Westbourne (a suburb of Bournemouth) to the east.
With the development of the railways, Branksome continued to grow, served by the new Victorian line between Wimborne, Poole and Bournemouth. Branksome railway station which still serves the area today helped encourage a massive growth in the early 20th century.

Most of the houses in Branksome today are from the Edwardian period and before the Second World War except for a 1970s development off Winston Avenue known as the Farnham Estate.